Data Acquisition modes are an essential part of FMC650 device, they are also highly configurable.
Through configuration user defines how records will be saved and sent. There are three different modes: Home, Roaming and Unknown. All these modes with configured data acquisition and report frequencies depend on current GSM Operator defined in the Operator list (see section GSM Operators settings) and are switched when GSM operator changes (e.g. vehicle passes through a country border).
If current GSM operator is defined as Home Operator, device will work in Home Data Acquisition mode, if current operator is defined as Roaming Operator, device will work in Roaming Data Acquisition mode, and if current operator code is not written in the Roaming Operator list, device will work in Unknown mode.
This functionality allows having different AVL records to acquire and send parameter values when object is moving or standing still. Vehicle moving or stop state is defined by Stop Detection Source parameter.
FMC650 has 6 different modes. Operational logic is shown in the figure below. 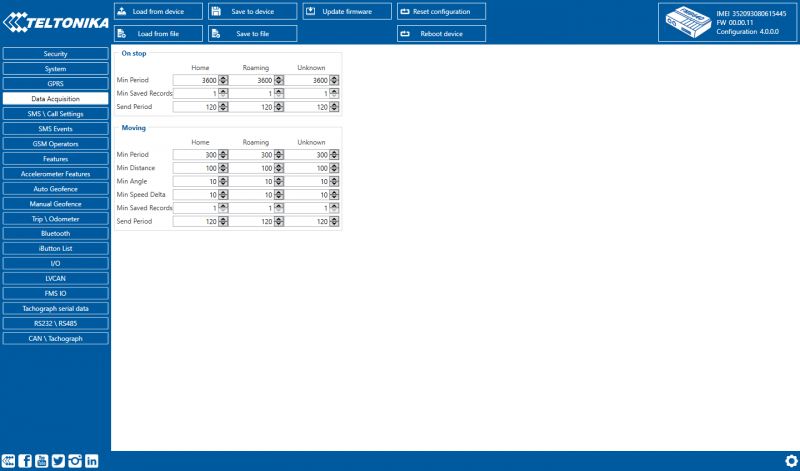 Min Saved Records defines minimum number of coordinates and I/O data that should be transferred within a single connection to the server. If FMC650 does not have enough coordinates to send to the server, it will check again after a time interval defined in Send Period field.
Send period controls the frequency of GPRS data being sent to server. Module makes attempts to send collected data to the server every defined period of time. If it does not have enough records (depends on the parameter Min. Saved Records described above), it tries again after the defined time interval. 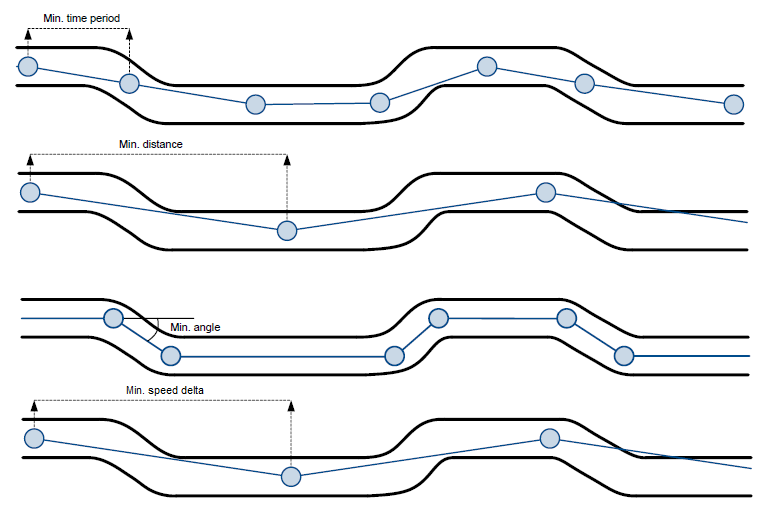 This functionality was added to FMX640 series devices from 01.00.05. Tracking on Demand can be activated using commands. After device receives SMS/GPRS command " on_demand_trackingX" where X is a number from 0 to 2.

After that, the device starts to generate high priority records and initiate data sending to the server. This feature is configurable via SMS/GPRS commands only.

There are three available options for the activation source of tracking on demand - DIN/AIN or both (devices that support multiple DINs/AINs allow choosing which DINs/AINs to use). Note that, these inputs will work as buttons, rather than switches, and are used to trigger the functionality, the duration of tracking on demand will not be extended if the activation source status is high for a period of time.